(BNP) - Nhu Nguyet Temple (Tam Giang commune, Yen Phong district) was built on the strip of land of Nhu Nguyet front line to commemorate the resistance war against the Song invaders and associated with the organization of the Nhu Nguyet victory festival. In 2018, the Temple was invested and rebuilt on the old ground of the old land according to the traditional architecture. The temple gate is exquisitely designed with 04 stone pillars. 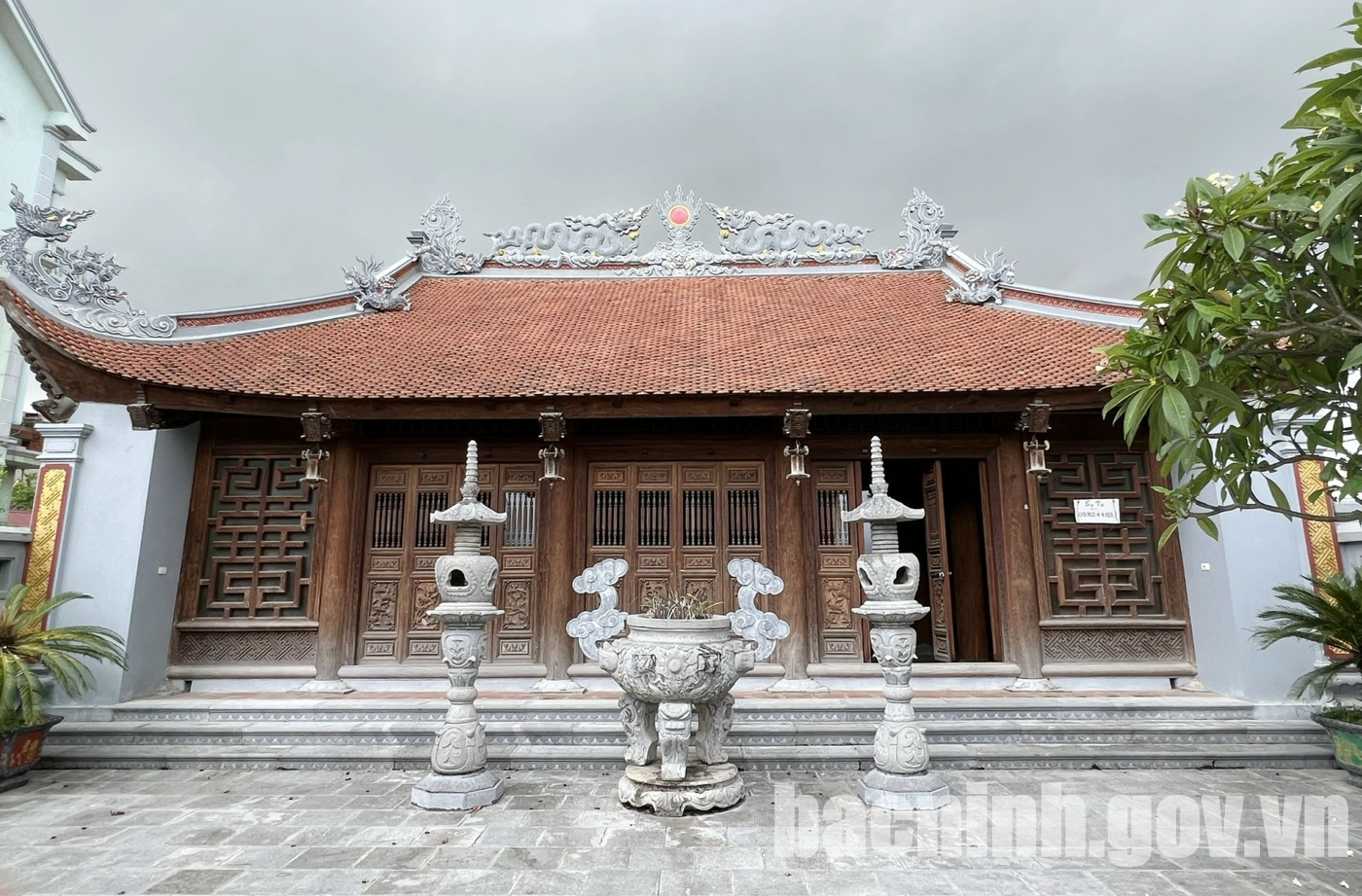 The stone screen in the temple ground. 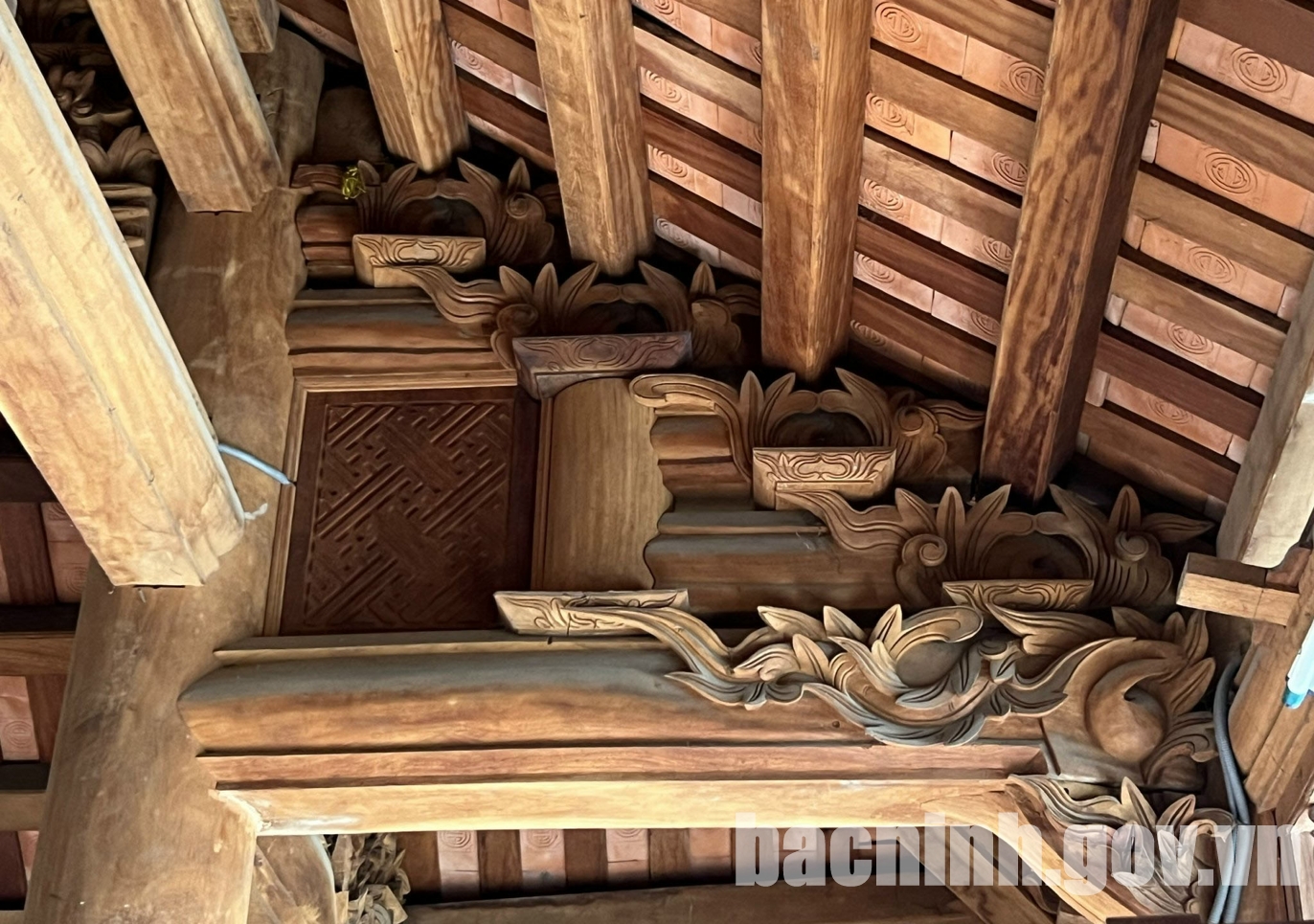 The system of upper and lower doors is made of wood. 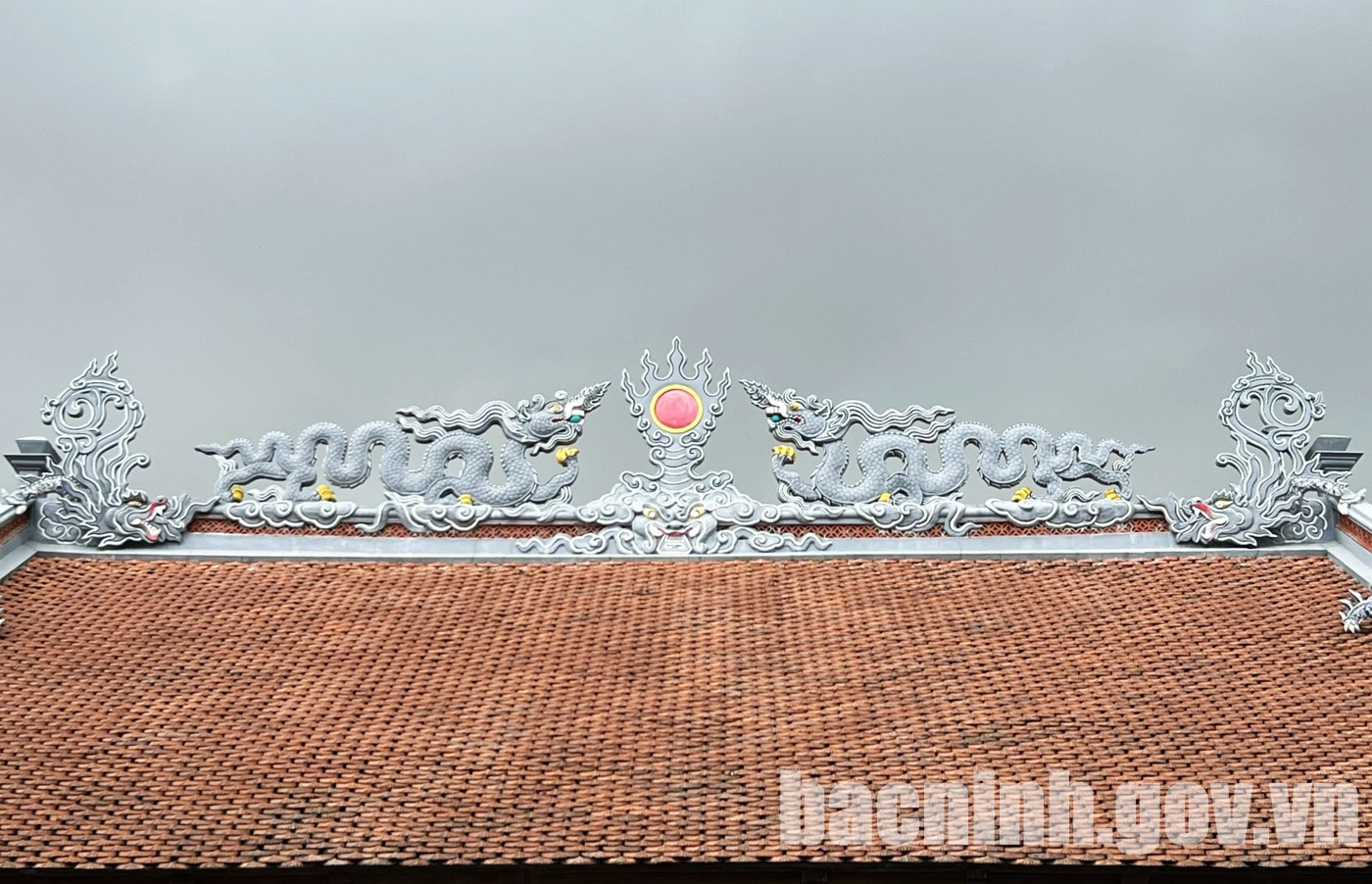 The top of the temple roof is embossed with a pair of dragons worshiping the sun.

The Altar at the Front Ceremonial Hall of the Temple. The altar to worship high-ranking mandarin Ly Thuong Kiet inside the palace.

Nhu Nguyet Temple worships high-ranking mandarin Ly Thuong Kiet - a talented general with great merit, helping the Ly dynasty fight the Song invaders in the 11th century, protecting the country's independence. His life and career have been recorded and praised by history books. Until now, Nhu Nguyet Temple is not only a center of cultural beliefs of local people but also a place to deeply commemorate the famous Ly Thuong Kiet. Horizontal lacquered board and pair of parallel sentences. In the Temple, there are still some valuable typical artifacts such as: worshiping statues; altar; horizontal lacquered board and pair of parallel sentences; set of eight treasures; incense… and some newly added artifacts dating back to the 20th century. The peace agreement of Nhu Nguyet's victory is kept in the Temple. 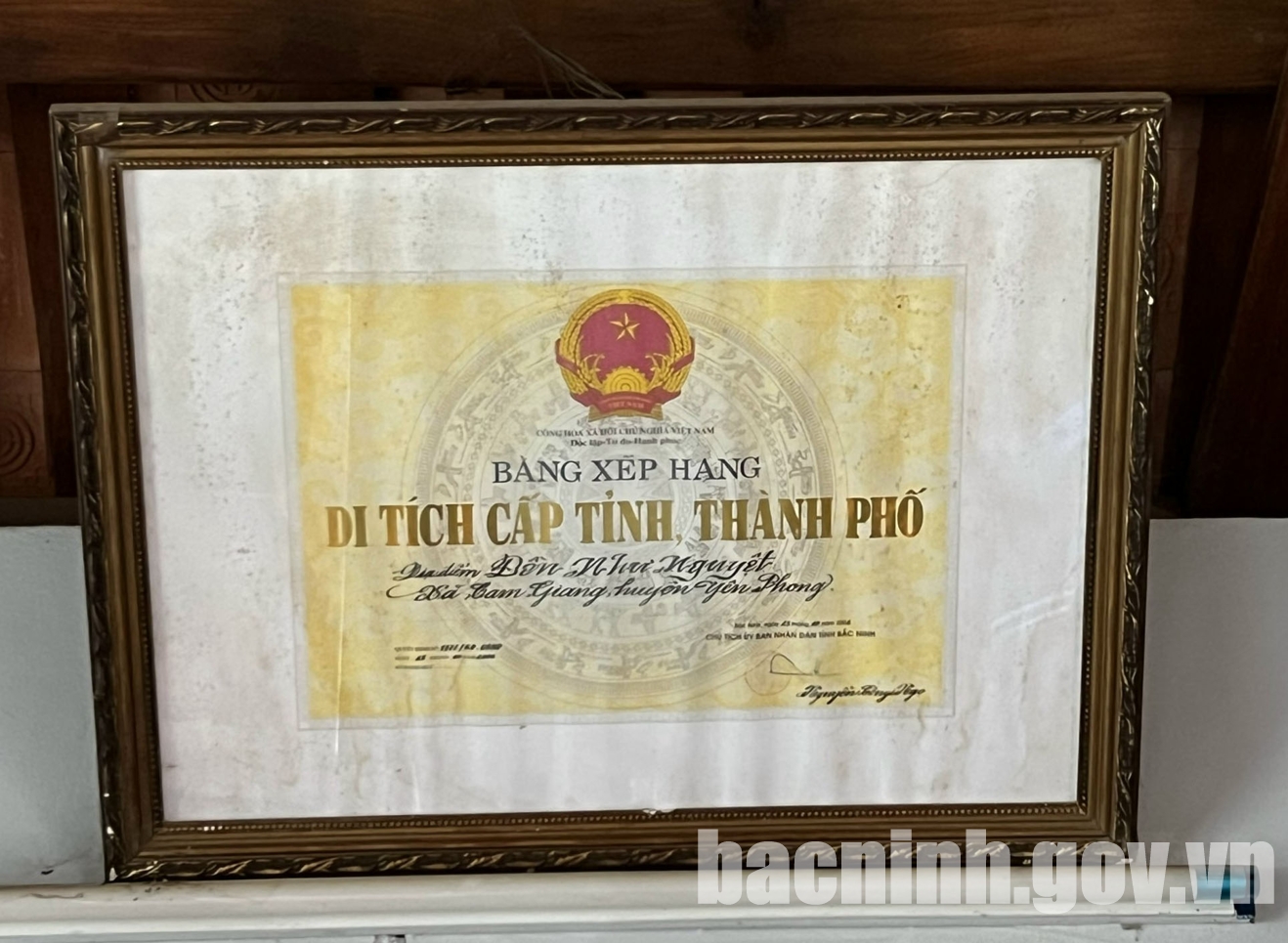 Nhu Nguyet Temple was ranked as a cultural and historical relic by the Provincial People's Committee in Decision No. 1372/QD-UBND dated October 25, 2006.