(BNP) - Kim Dai Pagoda, also known as Quynh Lam Pagoda, Xuan Dai quarter, Dinh Bang ward, Tu Son city, was built by Zen master Dinh Khong in the 13th century. Experiencing many times of restoration and embellishment, up to now, the pagoda still retains its old architecture, which is the place of religious activities of the local people and the sights of tourists from all over the world when returning to their homeland of the Ly dynasty. The pagoda gate (Tam Quan) was built on a massive scale, including the main gate and 2 side gates on both sides, on the roof of the "2 floors and 8 curved roofs". 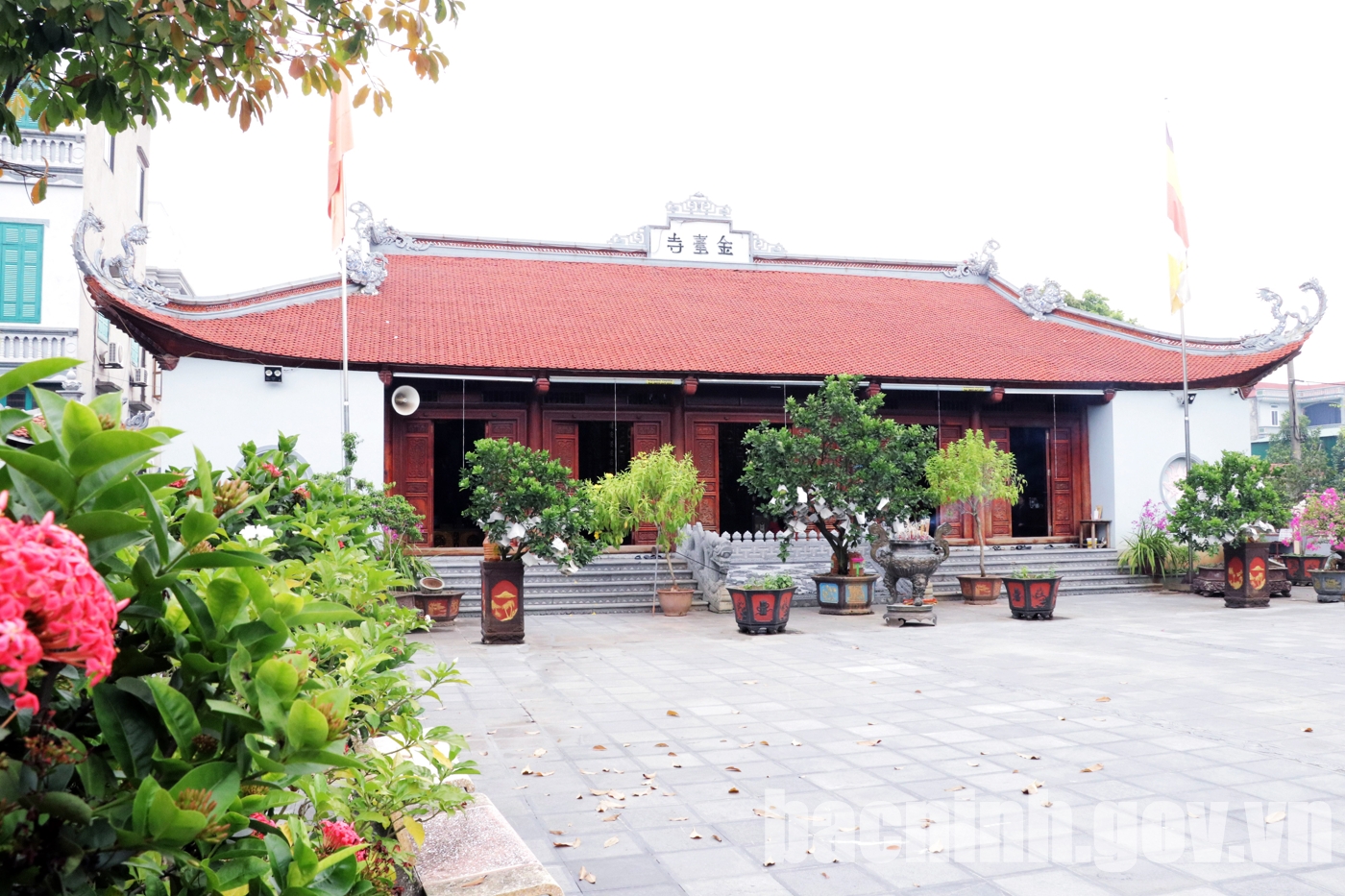 The Tam Bao includes the Tien duong and the Thuong dien , which are linked together to form a Chinese “Dinh”letter architecture. 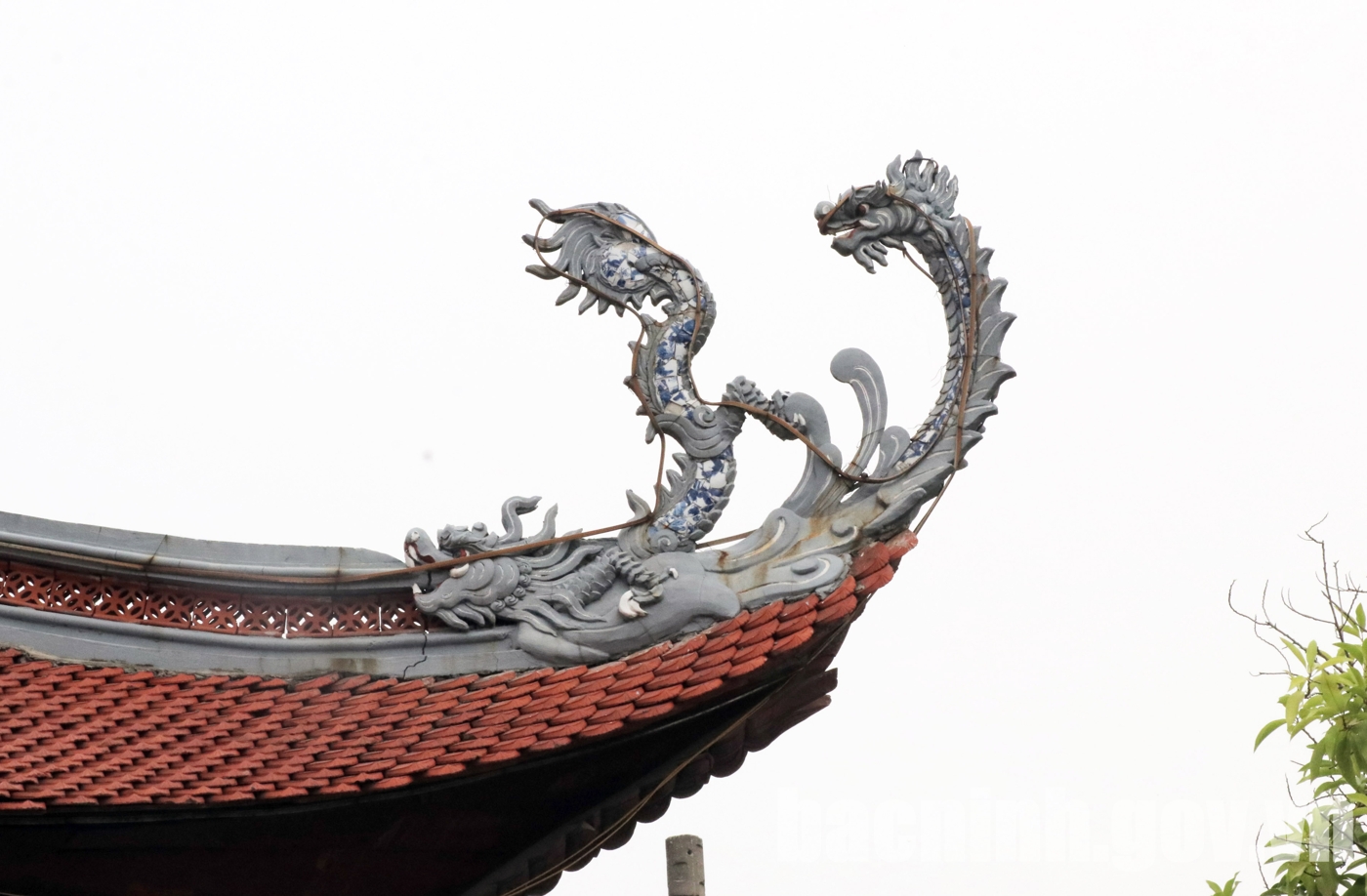 The Tien Duong consists of 5 compartments, 2 lean-tons, with the "4 curved roof" architecture. On the roof of the Tien duong, 3 Chinese characters "Kim Dai Tu" are embossed 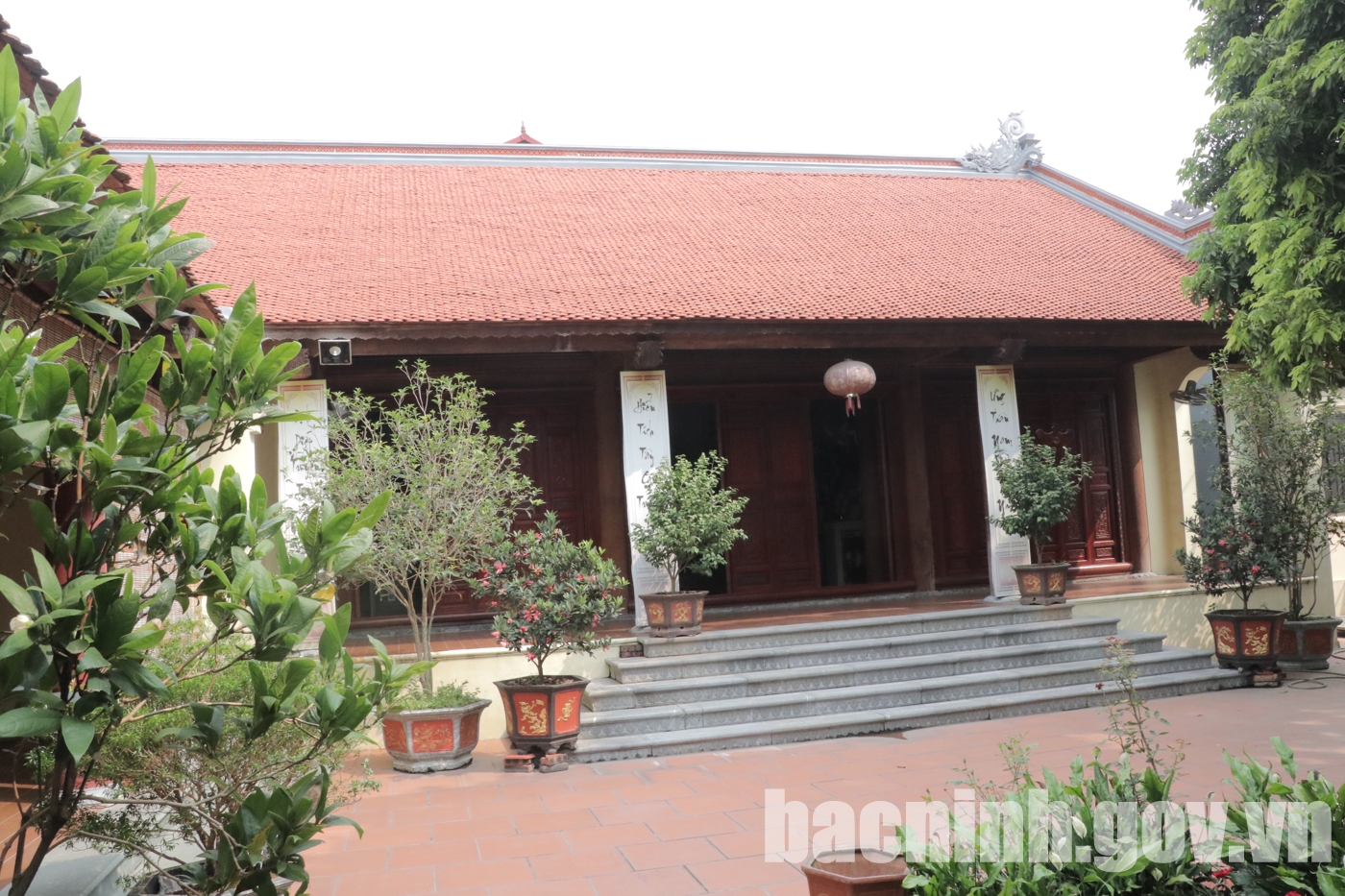 The Ancestral House and the Mothe House have 4 compartments. The system of Buddha statues is located in the corridor of 2 rows of 7 rooms. 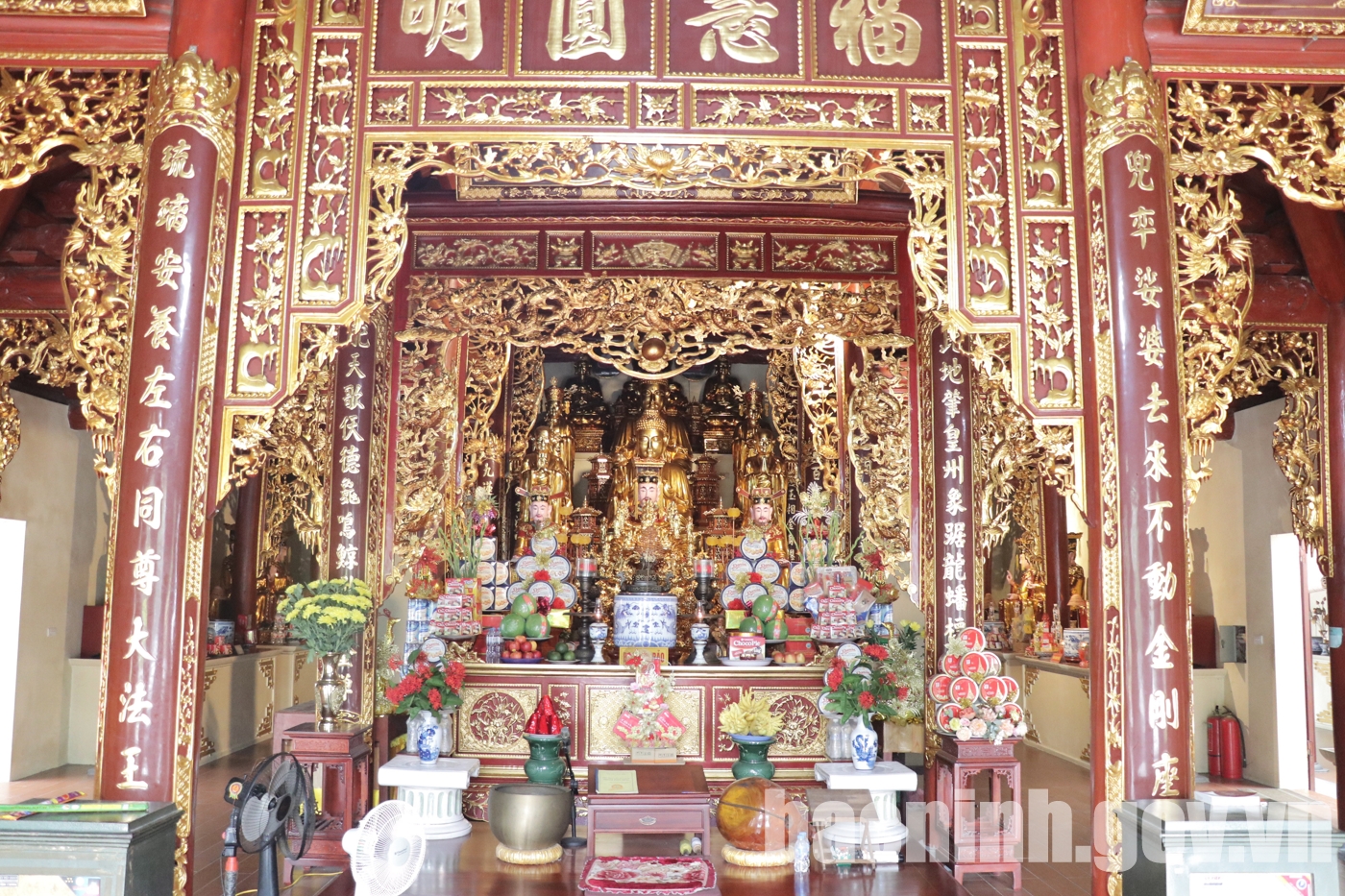 The pagoda still preserves the system of worshiping statues, diaphragms, couplets and many valuable ancient artifacts of the Nguyen Dynasty… 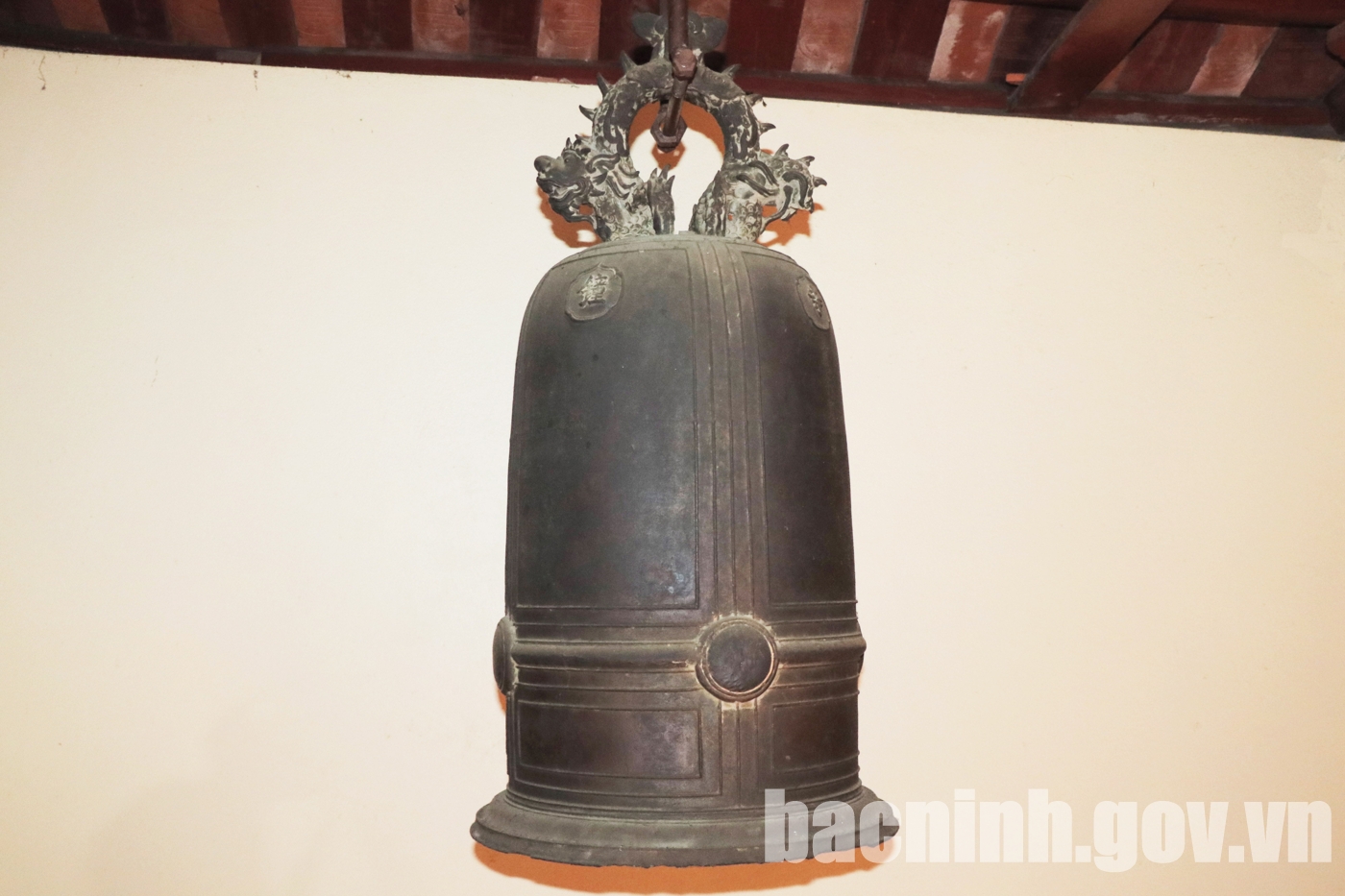 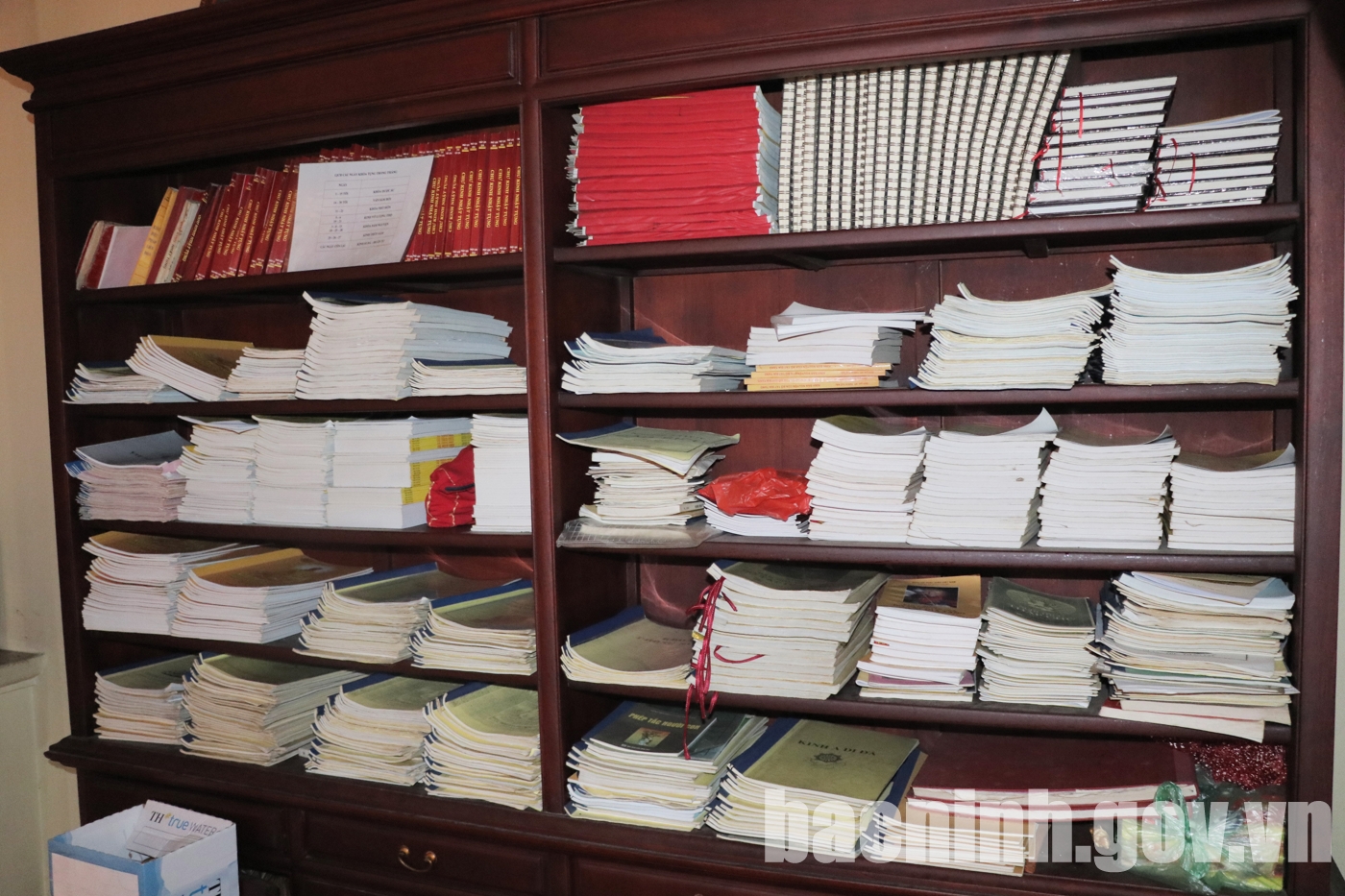 Buddhist books are kept on the bookshelf in the temple. During the pre-insurrection years, Kim Dai pagoda was also a place where revolutionary cadres and local guerrillas operated secretly. 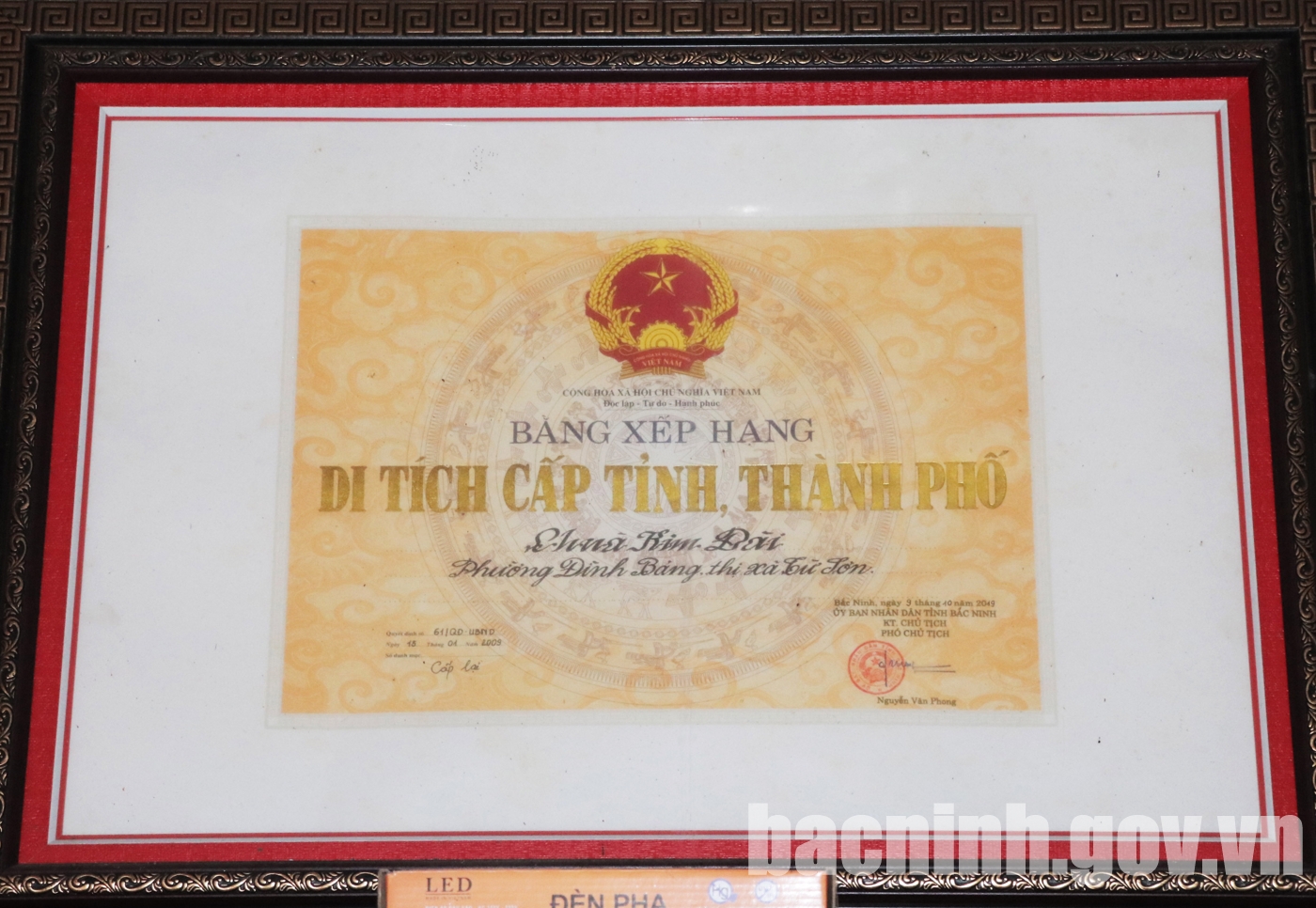 The pagoda festival is held on the 9th day of the first lunar month every year to remember the merits of the ancestors who made merit to the Ly dynasty. Kim Dai Pagoda is classified as a provincial relic by the State according to Decision No. 61/QD-UBND dated January 5, 2009.